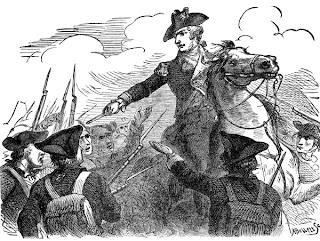 Is there such a thing as a "just war"?


Three wars in American history in this respect are considered "good" – The Revolutionary War, The Civil War and World War II. The first, this nation's battle for "independence" from an occupying empire, the second to "end slavery" & "protect the union" and the third to overthrow fascism & spread "democracy" throughout the world.

Do these historical accounts however fairly summarize the messy realities that befell the peoples who lived through these times? Was war really the only choice? Who benefitted from these conflicts and who shouldered the heaviest of burdens? Who with their own lives?

Of greater importance in this day and age of "terrorism", "rogue states", nuclear brinkmanship and seemingly endless conflict how does our cultural relationship with war feed this sad state of affairs and imperil our collective survival? How do our beliefs surrounding these "good" wars provide the rhetorical ammunition for our leaders to engage in yet more bloodshed?

Howard Zinn ~ historian, playwright, WWII Air Force bomber and author of numerous books including, "A People's History of the United States" ~ throughout a lifetime of deep and uncompromising inquiry reveals for us a wider historical context surrounding these wars and with it an entirely new more balanced picture comes to light – one which should make anyone of conscience take serious pause before joining the drumbeat of militarism.