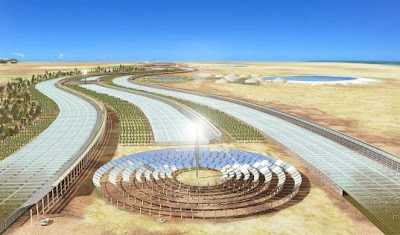 "We cannot solve problems by using the same kind of thinking we used when we created them." ~ Albert Einstein

Those wise words are as true as ever, and as humanity continues to move into the 21st Century it is becoming abundantly clear many of the ways in which we navigated the challenges of the 20th Century – and those previous – are simply no longer working.

From the extraordinary pressures we as a species are placing on the life systems of the Earth, to the looming energy & resource crises, a projected population of over nine billion by mid-century and an economic paradigm locking us into wasteful patterns of consumption, war, poverty & unsustainable growth the time for having our eyes fixated on the past can now only bring us the most perilous of consequences. That's the downside!

On the up side, given the numerous challenges humanity has overcome we have developed a panoply of powerful social, technological & scientific capabilities that if intelligently & judiciously applied could bring about a rise in our collective wellbeing far in excess of anything we experience today. We could quite readily end all war and poverty on this planet with what we now have at our disposal. A tantalizing opportunity don't you think?!

Up or down one thing is for certain... the clock is ticking and the choice is ours – paradise or oblivion.