Who is Edward Bernays? 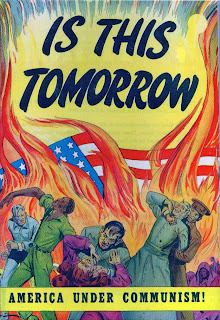 Propaganda – this word in the present day conjures up images of totalitarian governments, nationalistic slogans to manipulate the masses into marching off to war and nefarious methods of mind control crafted by powerful elites to coerce the majority into patriotic obedience. This was not always the case though, and before the conclusion of the 1st World War the term had yet to have morphed into the derogatory meaning we think of today.

As a result at that time, the intellectuals on all sides of the warring nations quite openly & unabashedly used the terminology and diligently worked to perfect their "propaganda techniques" for molding the citizenry to the requirements of their respective war & political machines. In America one of these intellectuals, who was heavily inspired by his uncle: the famous psychoanalyst Sigmund Freud, was a man by the name of Edward Bernays.

As might be expected, by the end of the war and the heavy use of the word for describing the manipulative tactics employed by those on the other side – the Germans in this instance – and by the untold amounts of bloodshed & misery produced by the conflict, the term transfigured in the minds of the general populace to its present uncomplimentary definition. So much for the word, but what is more important and absolutely eye-opening is the story that proceeds from there and the powerful chain of events that quite literally defines much of the fabric of society we live in today and by consequence much in the way we frame our "individual" existences.

This 2002 BBC four part series by acclaimed documentarian Adam Curtis titled, "The Century of the Self" is a must for any who value Democracy and seek to strengthen it by uncovering the techniques employed by those in recent history who have sought to undermine it. To know the story of Edward Bernays is to take an important step in inoculating yourself from the manipulations of those who exist today whom seek to use the majority as mere puppets for their self-aggrandizement and aggregation of power.


The Century of the Self


Episode 2 – The Engineering of Consent


Episode 3 – There is a Policeman Inside All Our Heads...

We Have The Technology 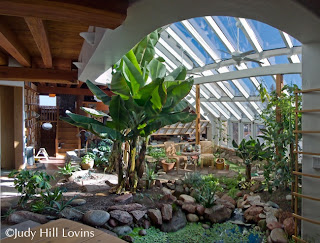 For those who have seen The Story of Stuff you are all too aware of the harmful & unsustainable chain of events that are linked to the great majority of goods that make their way into & out of our lives. For those who have seen The Great Disruption you are well informed to the fact that the current stories of our stuff – and much of the way we collectively operate – must radically alter if we expect to survive the myriad of ecological & economic crisis now rippling through our world communities.

So what the %#&* do we do about it?!?! Well, don't ask a dummy like me! Instead ask physicist & environmental scientist Amory Lovins of the Rocky Mountain Institute, who over the course of several decades has made astounding out-of-the-box leaps in the holistic application of technology to achieve rates of efficiency far in excess of what was formerly thought of as possible and as a result now opens the door for all of humanity to finally kick its dangerous & unsustainable fossil fuel addiction.

A better world awaits! Now we just need to seize it...


For those who would like to see Amory's amazing super energy efficient home up in the Rockies check out this Bing video.

... and for those who really want to go off the deep end here is a five part week-long seminar that Lovins did at Stanford University back in 2007 where he covers the gamut of technologies that are just begging for a 21st Century upgrade.