The Age of Thorium

In 1973 the Nixon Administration took humanity down a path that future historians may look back on as one of the most short-sighted and imperiling decisions ever made by a U.S. President. One in which if not taken may have very well prevented the Fukushima Daiichi nuclear disaster from ever happening, removed the need today for the United States to be dependent on Middle East oil and by consequence drastically reduced the geopolitical pressures that led to tragic events such as 9-11, the U.S.'s involvement in countless military campaigns resulting in enormous civilian bloodshed, the support & funding of despotic regimes as well as the unnecessary proliferation of nuclear-weapons-grade fissile materials.

That year motivated by political as well as business pressures, President Nixon fired a man by the name of Alvin M. Weinberg from his directing position at the Oak Ridge National Laboratory (ORNL) for his continued advocation of a much safer & cleaner nuclear reactor alternative to the dominant Liquid Metal Fast Breeder Reactor (LMFBR) design that was being heavily backed by the U.S. Department of Energy (DOE), by industry and in the active process of being taken to market.

With profits & many jobs on the line for Nixon's constituents in his home state of California, an election right around the corner, pressure from the French who were bringing their reactors to market as well as the enormous government funds that had been poured into the LMFBR option, Weinberg's emphatic criticisms of this design's many shortcomings were unappreciated to say the least and why he was summarily removed from his post and all research performed by his team at ORNL scuttled.

As a result of this fateful decision and the regulatory, economic & technical barriers associated with developing nuclear technologies from that time forward the LMFBR designs became the template upon which all future commercial reactors were built and by consequence what is used across the world to this very day.

So what was Weinberg's alternative? Enter the Liquid Fluoride Thorium Reactor (LFTR), which as its name implies is fueled by the abundant element thorium versus the much rarer element uranium which present day reactors use as their primary fuel source. LFTRs (spoken aloud as lifters) offer up a host of advantages that when taken in combination seem almost "too good to be true" and leaves most presented the data scratching their heads and asking the question, WHY ON EARTH ARE WE NOT ALREADY DOING THIS???

These next few videos lay out the compelling case for the urgent need to reignite Weinberg's research. With fossil fuels now or very soon peaking, not to mention their inherent environmental & climatological downsides combined with the extraordinary challenges associated with replacing them with clean safe alternatives, to not wind back the clock and fully investigate the potential of LFTRs may turn out to be one of humanity's ultimate shows of hubris, close-mindedness and socioeconomic lock-in.


The Thorium Molten-Salt Reactor – Why Didn't This Happen

This next presentation at Google by former NASA aerospace engineer Kirk Sorensen uncovers the convoluted history behind the Nixon Administration's choice to pursue "Fast Breeder" reactors over their thorium counterparts.

... and this excellent in-depth interview with Kirk Sorensen digs even deeper into this amazing topic.

Lastly and by no means least, this presentation by Robert Hargraves at the 3rd Thorium Energy Alliance Conference in Washington D.C. dispels the notion that Thorium Reactors could not compete on price-point with the dirtier forms of energy that predominate today – namely coal.


To keep up on the developments around thorium energy feel free to visit EnergyFromThorium.com and ThoriumEnergyAlliance.org.
Posted by Brian at 9:28 PM 2 comments:

Who Gets The "Surplus"? 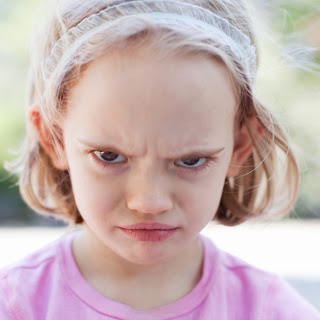 Imagine you are a psychologist whose job it is to analyze a particular family in order to offer the parents the best & most accurate advice for helping them improve the relationships with their two children.

You interview the first child who enters with a hop and a skip and throughout your interview has nothing but the highest of praise & glowing respect for her parents and her relationship with them. Great! With a warm feeling in your belly you think forward to the conversation you will be having with the lucky parents and imagine the happy smiles that will cross their faces at hearing the great news. :)

... and then into the room plods the second child and with a lurch the warmness you were feeling an instant before vanishes at seeing a frown of such epic proportions it seems the corners of this one's mouth are dragging along the floor. Oh, my! As you sit with this child the news only get worse from there as an entirely opposite and critical portrait of the family is elaborated to you in vast detail. :(

If faced with such a difficult & contrary set of views what might be the correct course of action to take? Would it be right in such circumstances to ignore the second child's account and seek to play into the emotional wishes of the parents OR would we have a responsibility to bring both childs' perspectives to the table so as to give the parents the most honest & accurate view of the realities at hand?

Today and throughout recent history, and especially for those of us within the United States, we are in similar circumstances as it relates to our views on the dominant political & economic arrangement of our age – Capitalism. For quite some time now when it comes to the "family" of our nation, and those similarly aligned, it seems we have chosen or have been taught that only the "happy" perspectives – those that play into the prejudices & desires of the established order – are all that we should be paying attention to while any others, be them not so flattering, be expunged or even allowed to enter our minds in the first place. In one word – "taboo".

In the hope of opening the floor to some of "those other" kids in our global family and to expand our vision accordingly, this next four-part eye-opening course from Economist Emeritus Richard Wolff about a particular Political Economist – who here in the West has certainly been branded "that bad kid with the frown" – is a must see (or listen) for anyone seeking a world built upon the pillars of brother/sisterhood, equality and liberty.

NOTE: If you wish to listen to this course instead it is also available in audio form.

If you are interested in more from Professor Wolff feel free to hop here.
Posted by Brian at 3:22 AM No comments: