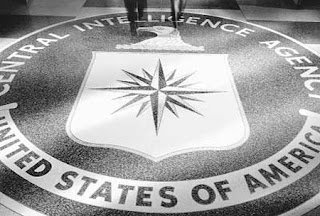 In December 1974, The New York Times reported that the U.S. Central Intelligence Agency (CIA) had conducted illegal domestic activities, including experiments on U.S. citizens during the 1960s.

Later congressional investigations prompted by this report confirmed a series of covert programs under the title "Project MKUltra", that began in the early 1950s and ran all the way to 1973 and which was assigned the task of researching & developing behavioral & pharmacological "mind control" techniques.

Though much of what was performed by this program will never be known since most of the project's documents were destroyed by those directing it, what ultimately did come to light is absolutely chilling and an extreme testament for the overarching need for complete government transparency and why organizations such a Wikileaks and persecuted individuals like Bradley Manning & Julian Assange are much needed candles to unaccountable & undemocratic institutions such as these.

This revealing documentary by Scott Noble, and nephew of Nancy Noble who was a victim of CIA sponsored mind control experimentation, details the history of nefarious programs like MKUltra, others that preceded it and the type of minds in recent history who have sought the means of turning the citizenry into compliant vessels of their personal control.

One can't help but wonder what else the U.S. Intelligence & Military agencies are engaged in with the vast resources they now receive and the narrow logic of brinkmanship & authoritarianism that saturates their thinking.

If you enjoyed this documentary on related lines Adam Curtis's BBC series, "The Century of the Self" is a must watch!
Posted by Brian at 12:23 AM