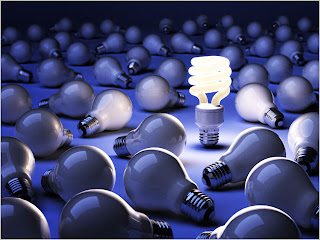 What if the overarching goal of our businesses was to produce the products we need in a manner so they would last as long as possible, be simple to fix when they broke down, easily upgradeable to better technologies as they arrive and designed to be fully recyclable once all of the former options expire? What if our businesses were motivated & rewarded by the degree in which the goods they produced directly benefited humanity at large as well as the health of the biosphere which our survival is dependent upon? What if the goods we all enjoy and rely on for our basic survival were distributed and shared among us in a way where all of our needs, across the globe, could readily be met and doing so using substantially less resources?

Today, as we all know too well, our businesses are not in any appreciable measure oriented toward the attainment of the former, but instead are predominantly driven by the achievement of one very simple goal – that of profit. From the perspective of business, products (or commodities) are not produced for the utility they bring to those whose hands they will come to, but created by business for their convertibility into the ultimate commodity of all: money. "Success" in business can therefore for all practical purposes be defined as producing a commodity for as little as possible, selling it for as much as possible, pocketing the difference and reinvesting as much of the proceeds back into the former to further increase the monetary "wealth" extracted – ad infinitum.

With this singular & narrow motivational framework (i.e. "capital appreciation") being our businesses' guiding beacon – and whose logic by its very nature is heedless to the longterm survivability of humanity, the limits of the biosphere and fostering a just & equitable society – one cannot be surprised by the types of odious & astoundingly wasteful practices that predominate our age and where this next documentary clearly illustrates how our present day mode of operation is now nearing its natural & calamitous endgame. How we define & produce "wealth" cannot much longer be couched in the abstract monetary symbolism which transfixes us today, but will very soon need to evolve to accurately represent the physical, social & ecological wellsprings that truly define that which supports us.


Pyramids of Waste – AKA The Lightbulb Conspiracy