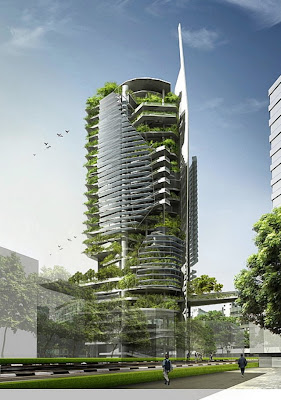 We live in an age where the overarching goal of our society is to collect symbols like these: $, €, ₡, ₤, ¥, ฿ and to invest mind-boggling levels of effort & resources devising methods of "convincing" one another to send more of them in our direction than the opposite. However, given the precarious & fleeting nature of these symbols – especially in the light that they are predominantly brought into existence only under agreement they will be returned with an even greater sum at a future date* (in turn triggering chains of exponential runaway effects & dilutions of "value") – there is in essence never enough to go around and by consequence we are collectively led into playing a pervasive & fear-driven game of musical chairs that produces within us states of scarcity that feed back on themselves perpetuating the cycle.

All the while we have been engaging in this unabating game of symbolic accumulation, back in the real world – the physical world that is – we as a species have steadily come to understand the nature of the universe we find ourselves in and with it – through our scientific & engineering proficiency – grown our capacities to alter the world around us for both good & ill until today we are pressing dangerously against the bounds of our planetary habitat.*

When viewing outside current prevailing frames of reference, it can be said this technical web of know-how in real terms is what constitutes the driving force behind what we refer to as the "economy", what generates concrete value in our lives and is the determinant on whether we thrive and/or suffer. From this vantage the recognition that the only hard rules on how we operate are defined by those of the Universe itself – i.e. physics – and not human-invented economic abstractions, we come to the realization that our economics if not centrally grounded to "physical referents" (i.e. those that empirically impact our biological, psychological & social needs, those of all life of Earth and the physical inputs & outputs of those systems) we will remain ill equipped to navigate & overcome the confluence of challenges now undermining our survival.

As it is becoming obvious to growing numbers, the Universe itself is indifferent to our fate. It will do what it will do, so ultimately it is up to us – both individually and collectively – to internalize this reality, take responsibility and evolve so we come into alignment with the laws nature dictates for us. If we succeed in this, given the powerful technologies we have at our disposal, we can readily meet the needs of every human being on the planet and do so in a manner that enriches all life on Earth. If however we fail to adapt and continue to barrel ahead lost in a haze of illusory abstraction, the Universe will of its own blind mechanisms "balance the equation" for us and most certainly in a manner far from our liking.

In the pursuit of avoiding the latter, the following interview by Cenk Uygur of the Young Turks with Peter Joseph – founder of the Zeitgeist Movement – discusses the attributes of what can be called a "Natural Law Economy" and how this newly emerging multi-disciplinary school of thought may offer the keys to the next phase of our evolution and ability to survive our species' present self-destructive adolescence.

If you have not yet had the opportunity to view Joseph's third documentary – the most impactful of the three – here it is in its entirety.