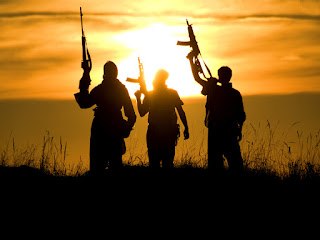 How real is the threat of terrorism and who benefits from the spread of this idea?

This revealing 2004 BBC series by Adam Curtis, creator of the seminal documentary The Century of the Self, delves deeply into these questions and pulls back the curtain of misinformation and manipulation that has been fabricated by radacalized powers both East and West.


The Power of Nightmares

Episode 1: The Rise of the Politics of Fear


Episode 3: The Shadows in the Cave